That’s probably not at all accurate. I wasn’t around in the 1950s, so I can only go by stereotypes, films, and things my grandparents told me. But in a sense, yes I have a 1950s marriage in the modern day age.

This all came about quite recently when discussing what the word “authority” meant, and who has authority over us. I said my husband, and the immediate response was “how can you let your husband control you!” Well, I don’t.

That’s us on a night out. Does it look controlling to you? No. Because it’s not.

I don’t work, or not in the sense that other people do. I’m a mum, 24-7, and a writer, and I work as a stylist for Rich when he’s doing one of his photography shoots. I don’t stop. But I don’t get paid for it either. Rich, however, works full-time in an office as well as running his own photography business, which means we are comfortably living off his wages alone. This means he controls the money, more or less. Hence a 1950s marriage. He looks after the money, I look after the home.

I have been asked if we have a sub/dom relationship. If you think that, then you’ve been reading faaaar too much Fifty Shades of Drivel. There is no red room of pain in our house. He doesn’t stalk me. He doesn’t tell me what I can wear, how much make up I can put on, what to eat, who I can see. He doesn’t insist that I have my hair styled a certain way, or visit the spa to get waxed on a regular basis (yes, I’ve read the books). He’s not an abusive arsehole! He wouldn’t dare tell me to lose weight – the last time he suggested that, it did not end well, for him. Although it did result in my Amazon wishlist being emptied rather rapidly… Getting back to the point – he does not control me, but he does control how much I spend. He pays of my credit card – if he doesn’t pay it off, then no new shoes for me that month! Even then, he would’t ever say “no you can’t have that” unless we were really strapped for cash, and then he’s saying it because he’d rather we have a roof over our heads than I have yet another handbag that will only see the light of day once a year.

So you see, it’s not about control. It’s about working together in a partnership – he sells, I buy. He’s the accountant, I’m the purchaser.

Whenever I talk to other women about our marriage, they’re always surprised by how traditional we are, i.e. getting married before having children, and him working while I stay at home. Is that really such a bad thing? It doesn’t make me any less equal to him. I haven’t suddenly lost the right to vote or wear trousers. I’m not restricted to the house and abused in any way, shape or form. It shouldn’t matter what era our marriage is from. It matters that we love each other. He doesn’t control me, he takes care of me. And that is what’s important.

Okay, so now we get onto the sexy part of romance.

If you’re in a long-term relationship, after so many years it can become samey, and almost dull, if you let it. Lots of relationships fall apart because the spark dissolves, and the couple stop talking. But if you keep communicating to each other, then you might be able to keep that spark alight. Talk to your partner about why you’re in a stalemate, and most of the time the answer will be “There’s no excitement anymore.”

Now you don’t have to go out buying whips, chains, and school-girl outfits to ignite the passion. Because, unless you’re really into those things (perhaps secretly otherwise you’ve probably got them in your cupboard anyway), you could end up in an embarrassing situation. Excitement could be as simple as a nice meal out, away from the home, with candles and wine, blah, blah, blah. Or it could be a weekend away in a posh hotel. It truly depends on you.

But eventually (and hopefully) things will lead to the bedroom department – and how do you excite and entice in there? How about not making it to the bedroom for a start? You have several rooms in your house. Use and abuse them! Send the kids away to Nanny’s or a friends for the night, close the curtains (important part!!) and try something different.

Make an effort with your looks as well – BOTH OF YOU. Get the razor out, wear that skimpy dress that you’ve shoved under your bed, never to be seen again, and dig out those killer heels. If you feel sexy, you will look sexy.

You don’t need a sex therapist to tell you that trying something new could liven things up in the bedroom. Buy a copy of the Kama Sutra if you have to!

Sex doesn’t need to be missionary and kissy to be romantic. Add some spice, turn up the heat, and remember to cuddle afterwards – the next day (with any luck) you will find yourselves automatically falling back into the honeymoon period.

Is there anything better than snuggling up to the one you love? Cuddles are definitely a big part of romance. The problem is that so many couples thing that a simple hug on the sofa has to lead to sex, when it really doesn’t. Sometimes it’s nice to sit on the sofa and cuddle up to your other half, whilst you watch a favourite movie.

I could bleat on about the scientific reasons behind it all – physical contact, pheromones, hormones, subliminal messages, blah, blah, blah. (Wow, that was far too many commas!) But do we really need to know why cuddles are considered romantic? Let’s just be happy with the fact that they are. 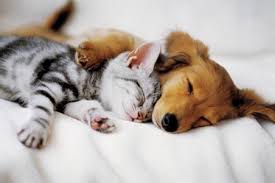 Everyone loves a cuddle…

Cuddles and hugs are way to show each other that after all you’ve been through, you still love each other. We hug because we care, and it’s important in a relationship to show that on a regular basis. Even if it’s not an entire night in front of the telly, you could still wake up and give him / her a cuddle to say good-morning. You could still give a quick hug before the other one leaves for work to say good-bye.

No matter how long you’ve been together, it’s important to still cuddle.

From my own relationship’s point of view, I love nothing more than getting the kids into bed and settling down, snuggled up to my husband. After a particularly hard and stressful day, sometimes just feeling his arms wrapped around me can take it all away. It makes me feel safe and secure, and loved. And isn’t that what we all crave?