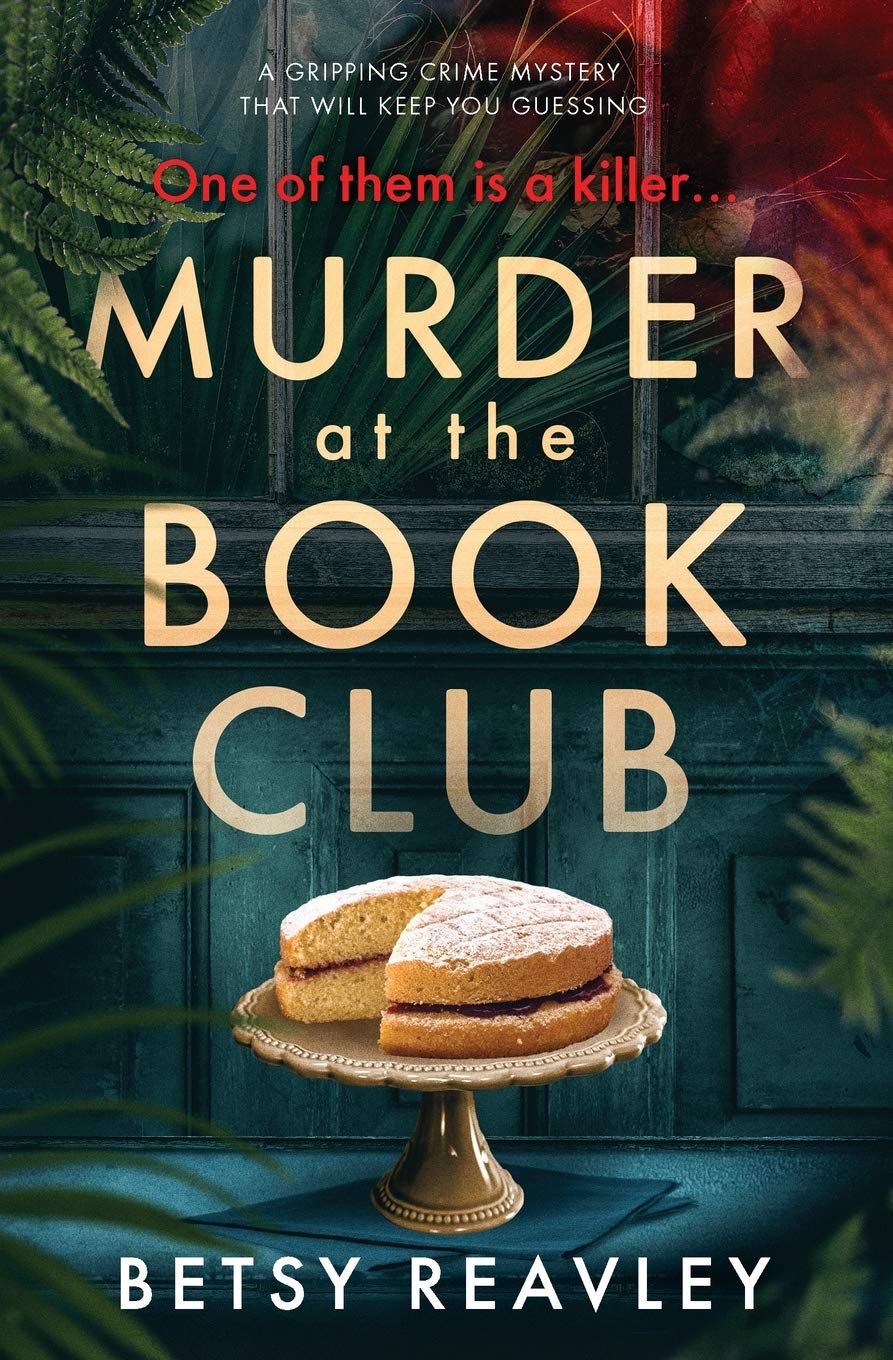 Murder at the Book Club

Imagine nine women meeting. Tea and cake are on the coffee table. They’ve come together to share their love of books. They are friends. They trust each other. It’s a happy gathering. What could be more harmless?

Then scratch the surface and look closer.

One is lonely. One is desperate and one of them is a killer.

When the body of a woman is discovered on a Cambridge common, DCI Barrett and DI Palmer are called in to investigate. But the motive behind the crime isn’t clear…  And it all leads back to a book club.

As the lies, volatile friendships and tension among the group rise to the surface, DCI Barrett and DI Palmer must work out the motive and track down a cold-blooded killer. But just when they think they are on the right track, a twist in the case throws them off course…

This was the first book by Betsy Reavley that I’ve read. Murder at the Book Club is a murder-mystery that surrounds a group of women in a book club. After two of them are killed, the police uncover a host of secrets and lies that the women have been living with for years.

I started out really enjoying the book, and could tell from the beginning that it was going to be akin to Midsomer Murders – a cosy murder-mystery, but maybe a little cliched. It was a good idea, and I did like storyline / plot, however, I felt it was let down by the stereotyped characters.

Writing wise, I noticed a few minor errors that were missed in editing, such as the comment in Toni’s POV that they enjoyed a glass of chardonnay at the book club (in the first chapter), which was quickly followed by her disgust that some of the members turned up with wine, and she preferred to drink tea.

The book is written in third-person omniscient. For me, this didn’t quite work and took me out of the story a few times. I don’t enjoy switching POVs as it can be confusing, but this is just me and it may work for other readers.

Saying that, it was a quick read and didn’t require too much thinking. I would consider this a “holiday read”. Would I read it again? Probably not. But, I would recommend it to anyone who enjoys cosy, Hallmark-type murder mysteries.

Want to read it for yourself? Murder at the Book Club is available to buy: HERE.

This review is also available on Goodreads and Amazon UK.

On a warm summer morning in North Carthage, Missouri, it is Nick and Amy Dunne’s fifth wedding anniversary. Presents are being wrapped and reservations are being made when Nick’s clever and beautiful wife disappears. Husband-of-the-Year Nick isn’t doing himself any favors with cringe-worthy daydreams about the slope and shape of his wife’s head, but passages from Amy’s diary reveal the alpha-girl perfectionist could have put anyone dangerously on edge. Under mounting pressure from the police and the media—as well as Amy’s fiercely doting parents—the town golden boy parades an endless series of lies, deceits, and inappropriate behavior. Nick is oddly evasive, and he’s definitely bitter—but is he really a killer?

This was the first book by Gillian Flynn that I bought (although I do have two copies – one print, one e-book). I bought it before the film and hype, but have only just got around to reading it. I will say now that while it was a good read, the ending left me going “huh?”
The book is split into three parts – the build-up, the truth, the ending. I got what had actually happened to Amy right from the word go, saw it coming mile off. I did think it was clever though, and a lot of thought has gone into the plot. There are quite a few twists and turns thrown in, keeping the reader hooked. However, I didn’t feel like I could completely connect with any of the characters. I didn’t like either Amy or Nick, but as it turns out that was possibly what the author wanted – it certainly helps to accept the ending if you are unsympathetic towards them.

And then there is the ending. I didn’t see it coming at all, although I probably should have. It was a bit blah, and I had to re-read the last chapter to make sure I hadn’t missed something. However it makes sense to the storyline.

I would recommend this book to anyone who likes a good mystery but isn’t fussed by HEAs. I wouldn’t call this book a thriller or a chiller, but it certainly hits the psychological description. It’s almost a tragic, f’ed-up romance, but without the love.

Four stars, because it’s well-written and kept me hooked but left me feeling a bit confused.

In the year since Temperance Brennan left behind a shaky marriage in North Carolina, work has often preempted her weekend plans to explore Quebec. When a female corpse is discovered meticulously dismembered and stashed in trash bags, Tempe detects an alarming pattern — and she plunges into a harrowing search for a killer. But her investigation is about to place those closest to her — her best friend and her own daughter — in mortal danger…

It took me a long time to get into this book, and several months to read. The story takes several chapters to really start, with a fair amount of vague background into Tempe Brennan’s life. However, the final few chapters took off and were excellent with plenty of action and intrigue.

The story follows Tempe Brennan seeking out a suspected serial killer, but met with a brick wall when it comes to convincing her colleagues.

There is some tension with regards to her friendships and concerns, but I wasn’t surprised by the outcome.

Overall I did enjoy the book, the story wasn’t all that unique but it was well written and I will read other Kathy Reichs books. I was only disappointed in how long it took for the story to become interesting.

For Bones fans, please do not read this expecting to see Emily Deschanel and David Boreanez – you will be sorely disappointed. The characters are nothing alike.