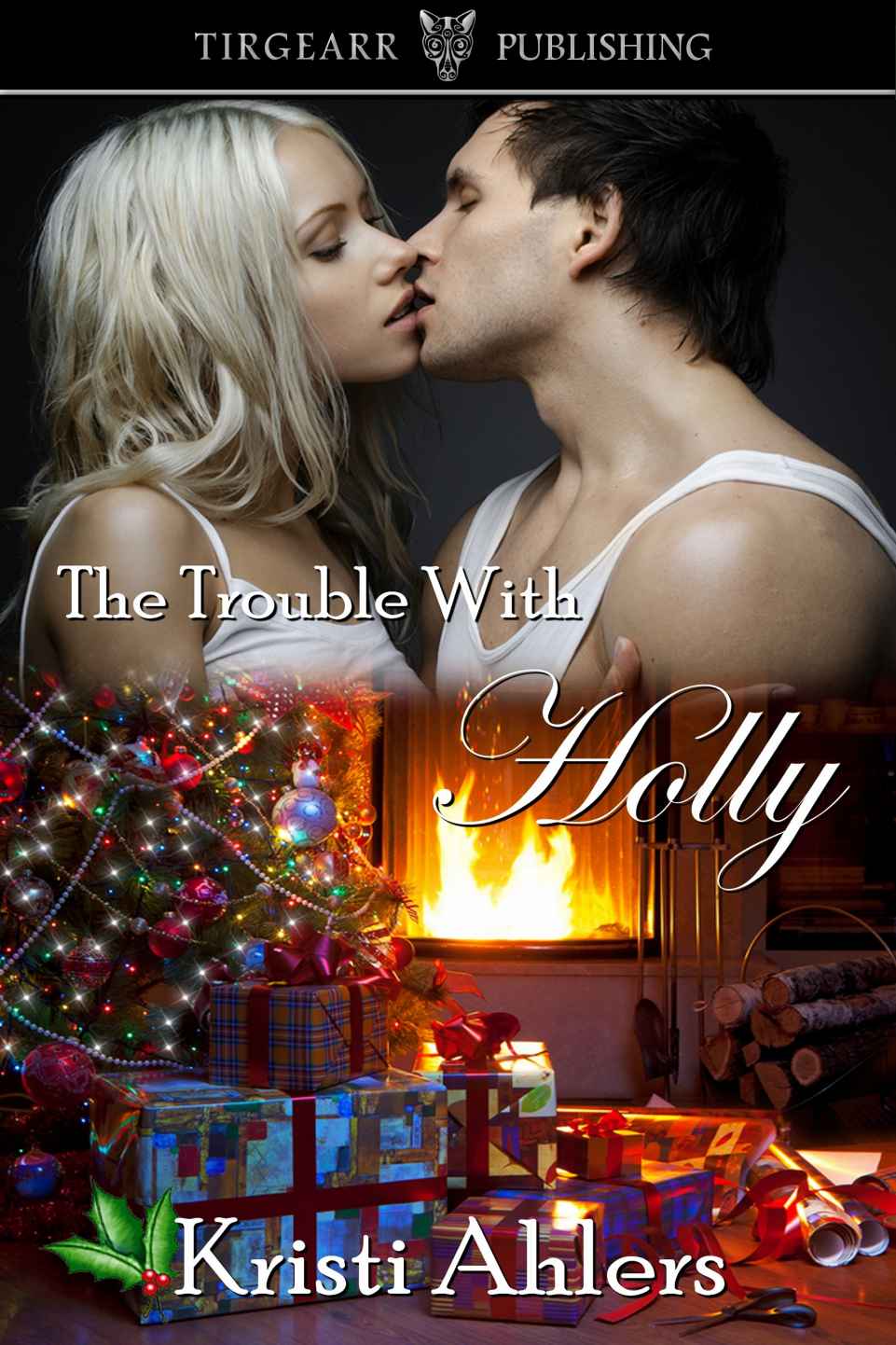 Holly McIntyre has just been invited to join a group of her friends who are traveling to France for a wine tasting trip that will end in Paris. Holly has dreamed of taking a trip to France since she was a little girl. Now the only thing standing between her and her dream trip is her checking account. Well, she’s not going to miss out on this chance, even if it means getting a demeaning job as an elf for Santa Clause at Harrington’s Department Store. Holly hates Christmas, finds it too commercial and just can never seem to get into the holiday spirit. Of course the Santa she’s being an elf for has way to much holiday happiness, so this is not going to be an easy task, but Paris is on the other side. Now if she could only ignore the red hot attraction burning between Santa and herself. Oh, Santa, baby!

Christopher Harrington loves the holidays and volunteers every year as Santa at his family’s department store. This year his elf is anything but a happy little soul. And yet, he is drawn to Holly and her sassy personality and realizes she poses as a holiday challenge. He’s going to get this prickly little Scrooge to come around and see there really is magic to the Christmas season and that not everyone is interested in things bought in a store. Holly might mean trouble but Christopher is not afraid of that. Trouble can be fun.

Holly McIntyre blew out a breath as she frowned down at her checking account balance and worked hard to resist the urge to scream in utter frustration.

“Well, do you think you can swing it?” Dahlia asked as she continued to file her nails, smacking on her gum without a care in the world.

“I don’t think so.” Holly nibbled on the inside of her lower lip.

“Yeah, I know.” Holly wanted to spend Christmas in France, going on wine tasting trips and strolling the Champs-Élysées. She wanted to experience the city she’d been dreaming about since she was a little girl. And here was her chance to leave the cold and windy city of Chicago for Paris.

Dahlia set her emery board down and pinned Holly with a determined look. “You’re going to go; you deserve this trip, and I won’t take no for an answer.” She reached over for the legal pad that had Holly’s budget written on it and ran her perfectly manicured fingertip down the yellow lined paper. “Girl you’re so organized you give professional organizers like me a bad name.”

Holly laughed. It was true; although Dahlia owned her own organizing business and could organize a hoarder into a happy Zen place, she didn’t prescribe to the same thought process.

Dahlia pushed the legal pad back across the table. “Maybe you could pick up another job?”

“Yeah, because interior design jobs are just dropping out of the sky like snowflakes.” Holly was an interior designer but business had fallen off with the turn of the economy and people just weren’t redoing kitchens and other rooms. She had enough clients and projects to keep the wolf from the door as it were but not enough to buy a ticket to Paris.

“Get a second job!” Dahlia clapped her hands together in glee. “Find a part time job; the holidays are right around the corner,and you can find something that will pay well enough for a plane ticket and a week of hotels.”

“Gee, is that all?” Holly pushed her dark hair behind her right ear and continued to look at her pitiful budget. She really needed to save and put money aside, for when trip opportunities like this arose, she could go without any guilt.

“Yeah, I do.” Holly stood and went into the kitchen and grabbed a glass before filling it with some water. “I need to find something that will allow me to work on the jobs I’ve got and still be able to fund a trip to Europe. I doubt seriously I’ll find that.”

Dahlia, one never to sit around and wait for things to happen, was already looking in the want ads. “Here you go! This will be perfect.”

That was just too easy, and Holly went over to the table and leaned over to look at what advertisement had her friend so excited.

“Oh no. Hell no.” Holly shook her head back and forth. “No way.” She backed away from the table and went back to the kitchen to put the glass in the sink.

“Come on, Holly. It will be fun. And you would only have to work a few hours a week.”

“Are you high? I’m not going to do that.” She pointed her finger at the offending paper. “I’d rather sling drinks at a bar, or ask if someone wants to supersize their fries with their order.”

Dahlia shivered. “Eww. Food service is not for you, my friend.”

“Well, that,” she pointed once again to the newspaper, “isn’t for me either.”

“What if I applied with you? Would you do it then? Just think you could go to Paris! The Eiffel Tower, the Champs-Élysées, the Louvre! And don’t get me started on the wine!”

Holly crossed her arms across her chest and sighed. She did want to go to Paris; she wanted to go badly. But the idea of dressing up as an elf for Harrington’s Department store’s Holiday Village made her want to break out in a rash. She loathed the holidays, found Christmas to be nothing but a “Hey, what are you gonna get me” grasping holiday.

The meaning and the magic was gone and had been since she was a little girl and learned Santa was really her Uncle Matthew. Still, there had been something about those country Christmas’s she missed. Perhaps it was the family or the innocence of the whole thing. Now, Christmas was all about money and what big electronic thing was going to be sitting under the tree. Her family was scattered; none of them in Illinois anymore and with lives of their own. In fact of all her brothers and sisters—there were six—she really only seemed to talk to them on Christmas Eve and on birthdays. It was sad really. This is why going to France with her girlfriends seemed like such a wonderful idea. She wouldn’t be sitting alone watching movies and eating ice cream by the ton.

“Okay, I’ll do it.” Holly uncrossed her arms and walked back to the kitchen table, dropping down into the chair. “I mean how bad could it be?”

Kristi Ahlers is a California girl! She grew up in Northern California in a small city called Yuba City. Since then she’s lived in Brussels, Belgium, and England along with a myriad of other locations. A former flight attendant, she was able to continue to feed her love of travel. This has greatly influenced her writing, allowing her to pen stories about places she’s managed to visit and things she’s experienced.