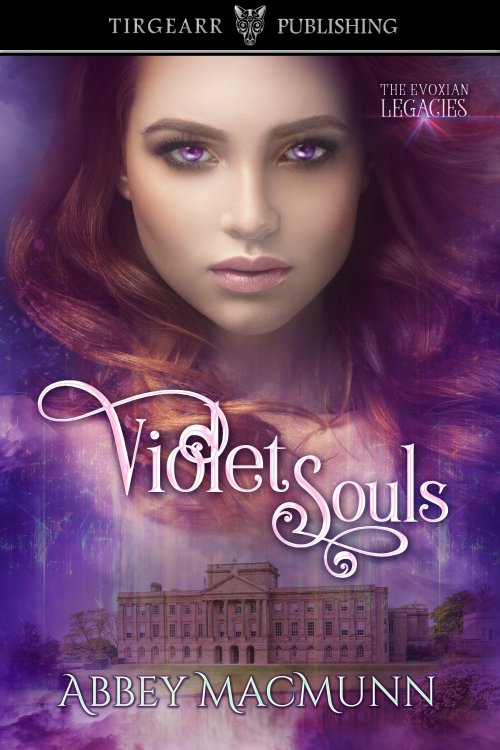 While searching for clues to her past, single mother Bree Mills discovers a subculture of aliens with supernatural abilities living on Earth. And she’s one of them. Finding herself hurled into a world of possibilities, it’s made more alluring by Quinn Taylor, the 324-year-old, violet-eyed Evoxian from her childhood dreams.

Quinn knows his destiny is entwined with Bree’s. He’s fraught with frustration and desire, but before he can confess his love, he must wait for her to sense the Akui, a mysterious force tied with ancient Evoxian law.

At a Cotswolds country manor, passions awaken and ignite a love more magical than the once-Utopian planet, Evox. Then Fate delivers a cruel and heart-breaking blow when Bree is kidnapped by a malicious alien who wants her and her power. Will Quinn still love Bree when she’s faced with protecting her half-human daughter… whatever the cost?

Brianna Mills grasped the curious pendant around her neck. Like before, when she’d first touched it, the violet jewel warmed, and her peripheral vision shrank back.

Her steps faltered. With somehow more focused vision, she watched the man coming towards her along the tree-lined track.
Jasper stopped rummaging in the undergrowth, sniffed the air, and wagged his tail. But despite her dog’s interest, she sensed something…odd.

It wasn’t just the disconcerting vision or the static electricity surrounding her. Or even the disappointment as she pondered over the outcome of her adoption meeting earlier. No, this was something else, something tangible. Electromagnetic energy rolled over her skin, made her scalp tingle. A strange, coppery scent circulated in the cool spring air.

Blood pulsated in her ears, muffling the sound of birds chirping in the trees. She came to a standstill, all five senses fizzing with an unseen force, her heartbeat pounding like tribal drums.

Still six metres ahead, the guy looked tall, well-built with broad shoulders, and casually dressed in a faded brown leather jacket and dark blue jeans, worn at the knees. Overlong blond hair rested on his shoulders, and messy waves fell either side of a tanned, ruggedly handsome face.

A tiny spark ignited somewhere within and she forgot how to breathe.

Bree recognised him. But he wasn’t anyone she’d ever met before, not while she was awake. No, this was someone whom she used to dream of when she was a child.

It didn’t make sense. How could she have dreamt about him, what, fifteen or so years ago?

The spark became a small flame, breathing its warmth on parts of her that she’d forgotten existed. Her cheeks heated. She had so little experience with men. No wonder she’d fallen for the first guy to show her any interest and been naïve enough to get herself pregnant.

Jasper barked, which made her jump, and then raced towards the guy, wagging his tail and leaping around excitedly, greeting him like some long-lost friend.

“Jasper! Get back here. Right now.”

Trying to focus through the tunnel vision, she willed her feet to walk the remaining distance to retrieve her dog.

Keeping her head down, she wished she hadn’t tied her hair in a loose bun, so she could have hidden her embarrassment behind the long tresses.

“Sorry. Jasper doesn’t normally like strangers.” She gulped. Her words were breathless and pathetic, and she cursed under her breath. Is he a stranger, though? With shaky hands and distorted vision, she grabbed her Labrador and fumbled with the lead, desperate to get the damn thing to clip on to Jasper’s collar.

“Are you wearing blue contact lenses?” he asked in a deep, hypnotic, and strangely familiar voice.

Bree blinked rapidly and her vision returned to normal. “What…? No.” She wouldn’t look at him, preferring to give her attention to Jasper’s lead, now gripped so tightly her knuckles had turned white.

She could almost feel the guy’s stare burning the top of her head. The hairs on the back of her neck stood on end and she backed away—until she noticed his dog.

Similar to a pure white Alsatian, but she’d never seen one as massive or as muscular. It stared at her too, with weird violet eyes.

Abbey MacMunn writes paranormal and fantasy romances. She lives in Hampshire, UK, with her husband and their four children.

When she’s not writing, she likes to watch films and TV shows – anything from rom-coms to superheroes to science fiction movies.

She is a proud member of the Romantic Novelists’ Association New Writers’ Scheme.