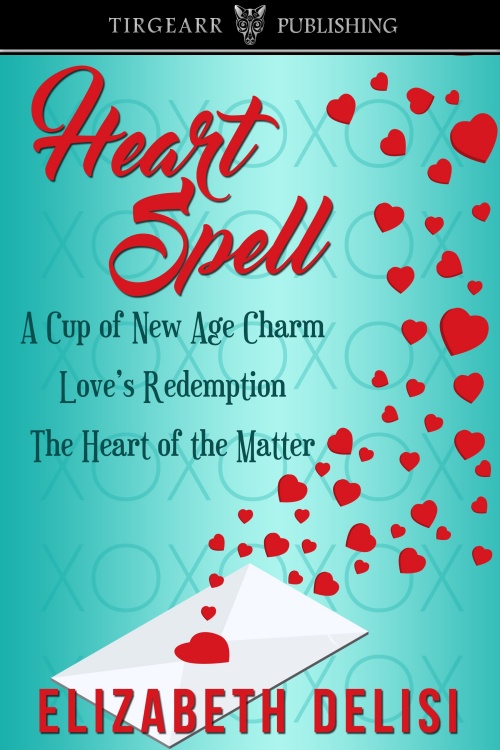 A CUP OF NEW AGE CHARM Can the spirit of Christmas, with the help of Hope and Chloe’s eccentric Aunt Saidie, bring together two hearts aching to be filled?

LOVE’S REDEMPTION Mara Parker’s heart is bleak as Christmas approaches. But is Doug who he seems—or is he after something more than shelter from the storm?

THE HEART OF THE MATTER Can Cupid remove the blinders from Violet’s and Brett’s eyes and the padlocks from their hearts?

A CUP OF CHRISTMAS CHARM

Chloe Lange’s heart somersaults when Zack Martin walks into her New Age store, “Chloe’s Charming Gems.” He’s looking for the perfect Christmas gift for his sister, and she’s only too happy to help. But when he asks her out on a date, she gets cold feet. After all, she’s a single mother raising her four year old daughter, Amanda, and she has the store to run. Besides, all men are untrustworthy—she learned that when Amanda’s father took off as soon as he discovered Chloe was pregnant.

Zack Martin wants a woman in his life, and Chloe Lange fits the bill perfectly. But when she turns down his offer of dinner, he figures it’s for the best. Every minute he’s not at work he spends with his sister, Hope. She was born handicapped, and since the death of their parents, she’s his responsibility. Not that she’s a burden—Hope’s sunny smile and optimistic personality make life with her a joy. But the last thing he needs is to get hung up on a woman only to find she can’t accept Hope as part of the equation.

Can the spirit of Christmas, with the help of Hope and Chloe’s eccentric Aunt Saidie, bring together two hearts aching to be filled?

Mara Parker’s heart is bleak as Christmas approaches. Her husband, Stephen, was killed in an automobile accident and now will never see his unborn child. Mara has retreated into her shell in the cabin on the mountains she and Stephen shared. Then Doub Swanson, a camper in need of a roof over his head during a snowstorm, shows up at her door. He brings joy into her life, makes her smile, gives her a feeling of security. But is Doug who he seems—or is he after something more than shelter from the storm?

THE HEART OF THE MATTER

When Brett Newman accompanies his brother Bryan into Violet Webber’s wedding shop, The Cupid Connection, Violet figures Brett’s the best-looking man she’s seen in a long time. But she knows his type: the hunk with all the women hanging off him, who uses women and discards them as if they were tissues. Violet’s amazed to find he’s just as cynical about love and romance as she is. She’s even more astonished to find herself falling in love with him, despite her best intentions. Can Cupid remove the blinders from Violet’s and Brett’s eyes and the padlocks from their hearts? 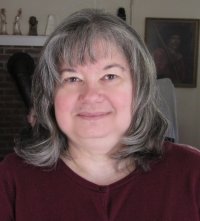 Elizabeth Delisi wanted to be a writer since she was in first grade, and probably would have written in the womb if she could have convinced her mother to swallow a pencil. But life hasn’t always gone the way she planned, and on her road to publication she worked as a motel maid, waitress, secretary, administrative aide, substitute teacher, and newspaper reporter.

Elizabeth is an instructor for Writer’s Digest University. She has taught Creative Writing at the community college level, has worked as a copyeditor for several small publishers, and edits for individuals. She holds a B.A. in English with a Creative Writing major from St. Leo University.

Elizabeth is currently at work on Deadly Destiny and Perilous Prediction, the sequels to Fatal Fortune; Knit A Spell, a paranormal romance; and recently published Wandering Spirits, vol 1 and 2.

Elizabeth lives in New Hampshire with her husband, Rat Terrier, and feisty parakeet. She enjoys hearing from her readers.