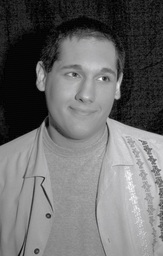 Michael Chulsky grew up in New Jersey and has been writing ever since his fourth grade teacher let him create a class newspaper to channel his creativity. He is the author of The Descending Darkness and currently lives with his fiancé. When not writing he enjoys browsing Tumblr, listening to music, and devouring every piece of cheesecake that falls into his line of sight. 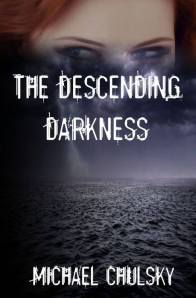 “Now, if we can get on with the issues at hand – “ Shadow began. To his dismay, he was interrupted by someone loudly clearing her throat. Glancing around the room for the cause of the interruption, his eyes fell upon Crystal. “Yes, Crystal?” he asked through clenched teeth.

“Sorry for interrupting, Shadow, but I think that we all deserve, well, a break,” Crystal said. “We’re all tired of being cooped up in this boring, dark, and dreary place.”

Shadow’s eye twitched. “What do you mean, a break, Crystal?”

Crystal shrugged. “Maybe we all deserve just, like, a chance to blow off some steam, you know,” she said. “Like a trip. . .maybe to the mall?”

Shadow laughed, glancing at Crystal like she was crazy. “You. . .you’re not serious?” he asked, hoping she wasn’t, but it was evident that she was, and he frowned. “You are serious.”

Seeing the look on his face, Crystal shook her head. “What is it?” she demanded, hands on her hips.

“I just don’t understand it. Weren’t you the one who, a day ago, told Ryan and Tristan off for not being serious? For being easily distracted when it came to our mission?” Shadow asked, sighing and putting his face in his hands. “Now you’re doing the same?”

Crystal shrugged. “Yes, I said those things. I believe without a doubt that our mission is important, but still. . .I’ve been here for three months and have the exact same wardrobe as I did when I first got here.”

Shadow lifted his head up and raised an eyebrow. “So?”

Crystal flushed bright red. She was shaking like she was about to go into convulsions. “Shadow, do you have any idea how horrible it is to wear the same outfit more than once?” she asked, glaring at him. Looking at him, she saw that he was wearing the same things he always wore: a black shirt with a black pair of jeans.

“Okay, so maybe you do know what it’s like to wear the same outfit more than once. But I absolutely refuse!”

Ethan scratched his head. “I’m sorry. I wish I could.”

Tell me a bit about your book.

The Descending Darkness is the story of Shadow and his attempt at saving the world. It’s not exactly a walk in the park, he has to gather up some little helpers – teenagers with special powers like himself.

How did you come up with the title and storyline?

The title was actually the difficult part. I had a couple of titles originally in mind but either they were taken or they simply didn’t capture what I was going for. The Descending Darkness has a ring to it.

The storyline was the fun part. I love stories that feature teenagers with super powers. Buffy the Vampire Slayer, and Teen Titans are two of my favorite shows. I think that teenagers have so much going on already and to throw super powers/abilities on top of that is just…insane. In a good way.

How long have you been writing and what inspires you?

I’ve been writing since, roughly, the fourth grade. Back then, it was common to be asked what you wanted to be when you grew up. Some kids wanted to be doctors, others wanted to be firemen/women, and others wanted to be professional sports players. I was the weird one. I was like…when I grow up I want to professionally stay up late and have magical powers. And luckily enough, I was blessed with a gift for writing which I feel lets me do exactly what my younger self dreamed of. 😛

As for what inspires me, I’d have to say joy. I write because I want to make people happy. I want people to pick up one of my stories and get lost in it. And if they can forget about their troubles for just one moment, it would mean everything to me.

How did you get published?

It was a long, dark road filled with peril and woe. Actually, I looked around and submitted my manuscript to various publishers/agents. Eventually, I found Rocking Horse Publishing and had a conversation with Robin Tidwell (the owner) and decided that I HAD to be one of their authors. I was selected and voila!

What do you do in your spare time?

I play video games. I’m a huge gamer. I don’t think a single day goes by where I don’t play at least one video game for an hour or two. When I’m not doing that, I enjoy listening to music and/or watching anime.

What is your writing ritual?

I need the room to be well-lit. I compile a list of my favorite soundtracks from various video games to listen to in the background. I have a bottle of white wine on my desk – moscato or pinot grigio. And then I just pour my heart and soul out onto the pages.
What book are you reading at the moment?

I’m reading Omorphi by Cody Kennedy. You should check it out. It’s quite lovely.

What piece of advice would you give to aspiring authors?

Never doubt yourself. It doesn’t matter who you are or where you came from, you have a power inside of you. You have a story to tell. And people deserve to hear it.

Are you working on any future novels?

I’m in the middle of writing the sequel to The Descending Darkness, as well as the prequel. I’m working on a YA M/M romance novel. I’m also finishing up on my adult novel, Red Rose. I expect they’ll be surfacing in the next year or so at various intervals.

Where do you see yourself in 5 years time?

A proud author of ten or more novels, happily married, hopefully with a few children, and finished with a degree.

Where to find Michael:

Where to find Descending Darkness: